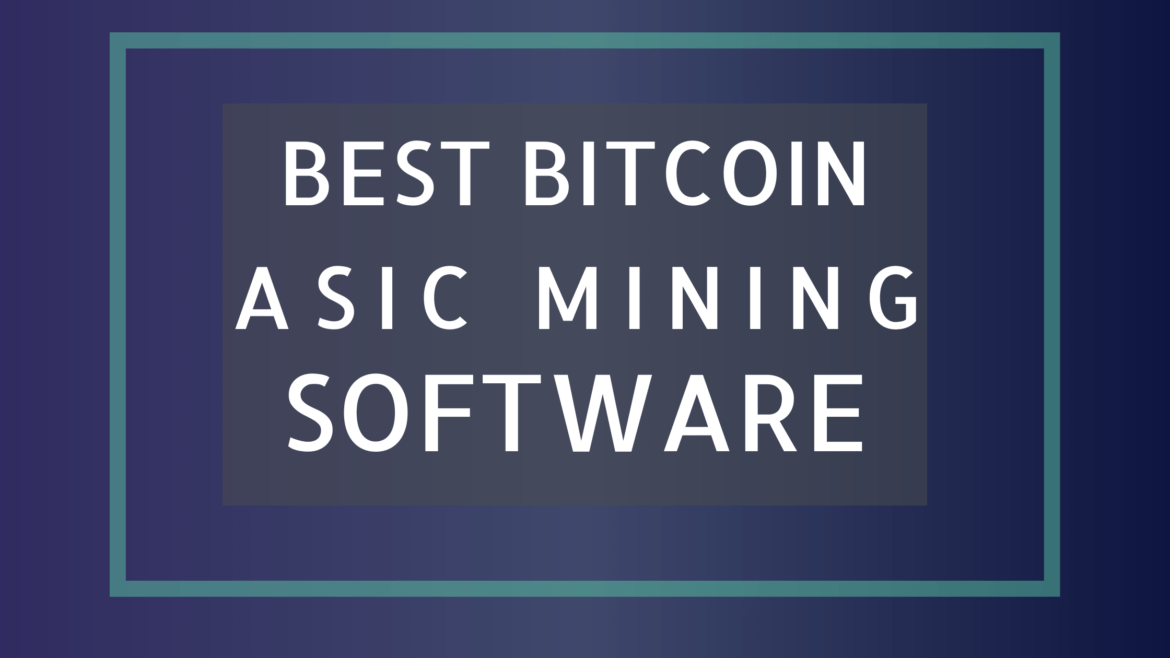 Last Updated on October 29, 2022 by cryptocreed

Bitcoin mining is not possible without software. But before check them out, bitcoin is not much profitable nowadays. There are many factors that affect bitcoin mining profitability. If the electricity in your area is low at cost then you are profitable.

In a few countries mining bitcoin is not possible. Because of their rules and restriction.  Bitcoin ASIC miner profitability. This bitcoin mining software is free to download.

Let us check out the best ASIC bitcoin mining software.

Here is the list of only the best and trusted bitcoin mining software for ASIC. You can suggest more if you know through the comment box.

Let your computer make you money with Bitcoin Miner! Earn bitcoins can be exchanged for real-world currency. Works great at home, work, or on the go.

Group-Fabric ASIC bitcoin mining software is currently not available. You can get this software from their Microsoft shop.

Install Bitcoin Miner, start mining, earn bitcoin! Watch your balance grow as your computer does the work. Payouts are issued weekly to eligible accounts. If you ever need to pause, don’t worry! The mining pool keeps track of your balance so you can pick up right where you left off.

Group Fabric was launched in the year 2012 but it launched its software in 2013. This is one of the best bitcoin mining software windows.

MinePeon is an arm mining platform for the earlier generation of bitcoin miners (ASIC & FPGA) that interfaced with a computer via USB. It ran on the Raspberry PI 1 & 2 and there was even a version or two for the Beagle Bone Black making it a very cheap and efficient alternative to running a full PC.

The size of the software is 427 MB. But the problem is their last update was in 2014. They do also provide the mining pool.

It was a great project while it lasted and perhaps one day I may get back to it (who really knows what direction mining will go next) but for now, it is shelved. A new version would take many hours to put together so unless someone wants to through large amounts of bitcoin and me to take a few weeks off my normal schedule it is unlikely to happen.

Easyminer is the best mining software developed with simplicity in mind. It serves as a GUI for miner, cudaminer, minerd, or cgminer both OpenCL or cudamining.

This is an open-source mining software by an easy miner. ASIC bitcoin miners likely use this software.

You don’t need to pay a single penny to start using Easyminer and get crypto coins. EASYMINER IS OPEN SOURCE so you can customize/adjust this mining software to suit your needs.

EasyMiner also supports ASIC mining. It is available only for windows. Their latest version of the software is Easyminer v.0.9

CGMiner supports GPU/FPGA/ASIC bitcoin mining. It is one of the most popular bitcoin mining software providers since its launch in the year 2012.

It also doesn’t work only on windows but also on other platforms too like MAC and Linux.

BFGminer is made for ASIC and FPGA miners. It doesn’t support GPU mining if you want to mine bitcoin or any other currency then this is not for you.

Supported platforms are Windows, Mac, Linux. This is best for ASIC bitcoin miners.

BitMinter was founded in the year 2011 and used by most bitcoin miners. The Bitminter mining pool will shut down mining activities on 2020-07-01. The website will stay up until 2021-06-01 so you can cash out any cryptocurrency on your account.

Scalable up to 200,000 ASIC miners and 25,000 GPU/CPU miners. Feature-rich and flexible to serve high demanding operations

Antminer V9 is the latest bitcoin mining hardware that also supports bitcoin cash mining. You can get one from Amazon for 290$. ASIC bitcoin miners are for sale on different sites.

Conclusion: Bitcoin mining with ASIC is more profitable than GPU. ASIC Bitcoin Mining Software is available since 2012 and it is updating timely. CGMiner is one of the best ASIC Mining Software for Bitcoin.