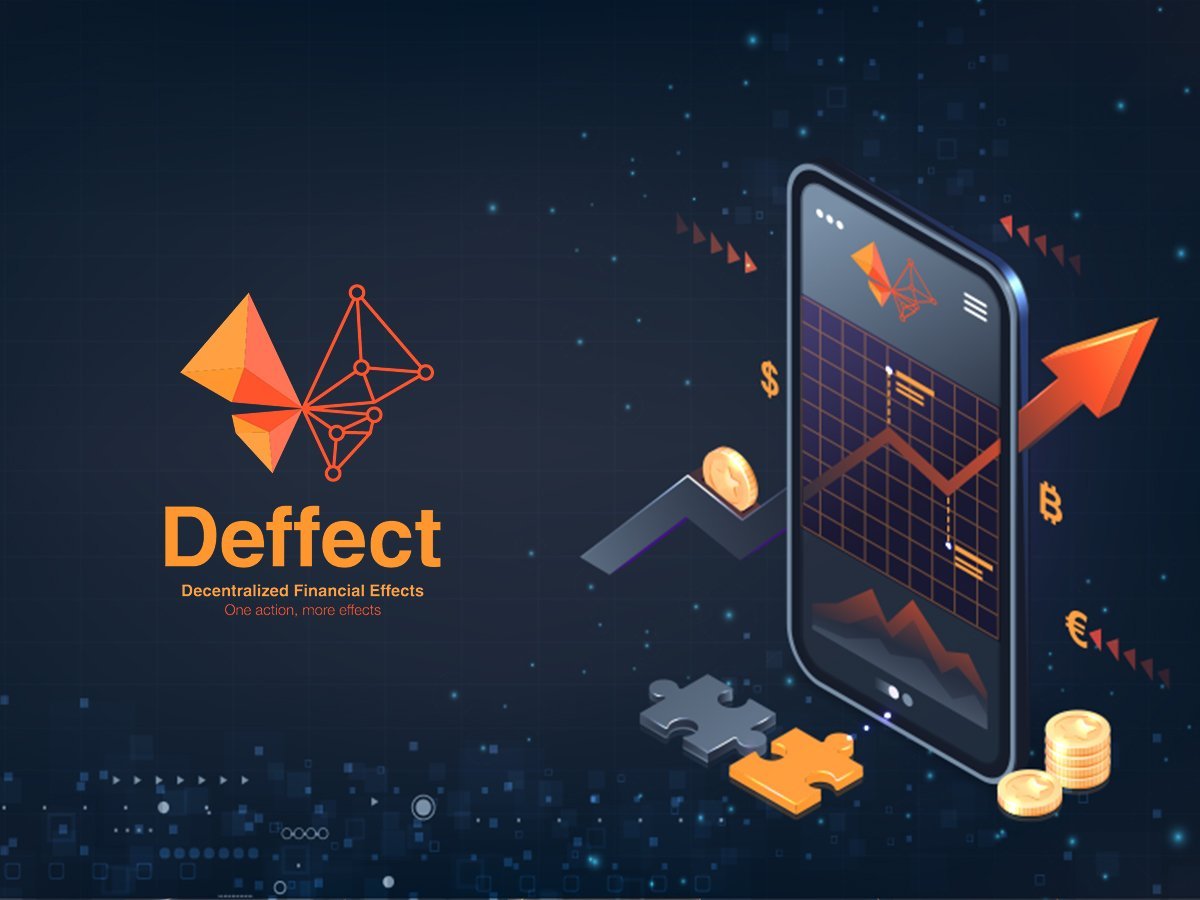 Last Updated on February 9, 2021 by cryptocreed

During the last year, the decentralized finance (DeFi) market has seen exponential growth, with billions of dollars worth of capital invested in a series of next-gen projects. Now, Deffect has launched its very own platform – an automated market maker boasting decentralized, automated, and transparent projects.

The key purpose of Deffect is to conceptualize key indicator effects, in order to provide its customer base with lucrative rewards. This leads to the appearance of a sharing economy, where DeFi effects are shared amongst market participants, in a non-custodial manner. In its endeavour to service the DeFi market, Deffect creates a formalized path leading to market decentralization, trading autonomy, and reward generation.

At this point in time, legacy applications deployed within the DeFi market are known for charging users fees in exchange for the services they use. With DSB, however, customers receive fees from traders. In doing so, the DSB concept is seamlessly applied in an automated manner. This facilitates peer-to-peer trading of ecosystem modules which are standardized, thereby facilitating indicator defaulting on smart contracts.

In other words, users should bear in mind that by getting involved with Deffect, they will receive automatic payouts whenever they engage in gaming activities, develop for Deffect, make transactions, or participate in the DPOSL protocol. This makes it incredibly easy to obtain lucrative crypto-based rewards that require no centralized interference. With smart contract deployment, everything happens transparently, on a multitude of platforms. Since all indicators are coded within Deffect’s smart contracts, users can easily audit the code to determine the transparency of their decentralized effect rewards.

As a Tron-based platform, Deffect allows users to swap tokens on the Tron mainnet across a series of liquidity pools. Furthermore, through Deffectex, transactions are rapidly processed. Some of the other Deffect features include Deffect Option (a viable means to trade binary options on top of the Tron mainnet), Deffect Bolo (a simple, non-custodial money market protocol, allowing crypto-based crediting), Deffect Dice (a decentralized standard dice game which allows users to reap luck-based rewards), and Deffect Humanities (a project aiming to reward user dedication, thereby serving a non-profit philosophy meant to fund projects via voting).

Those who are looking to get involved with the Deffect project must consider the on-going token presale, scheduled to end on the 26th of December, 2020. By purchasing DEF tokens, users will essentially become Deffect network participants, thereby allowing them to receive crypto-based rewards on the indicator effects highlighted earlier on. Deffect has opted for a 900 million cap on the supply of DEF tokens. DEF tokens are minted based on community actions and according to the operational values of the platform.

The more a user participates in the network through development, trading, digitizing assets, or exchanging, the higher rewards they’ll receive.

Deffect is investing considerable resources into launching its fully-fledged ecosystem as soon as possible. With this being said, during 2021, users will be able to access the AirDrop, Binary Options Trading, the Decentralized OTC Market, DEF Staking, and the Dice Game. In the near future, the DEF token will be listed on decentralized dApp exchanges, whereas later on in 2022, Deffect will release its BoLo features alongside the Deffect Humanities interface.